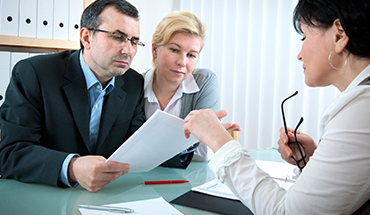 The Real Estate (Regulation and Development) Act, 2016 is an Act of the Parliament of India which seeks to protect home-buyers as well as help boost investments in the real estate industry. The Act came into force from 1 May 2016. One of the salient features of this act is that it establishes the State Real Estate Regulatory Authority in each stateto undertake the responsibility of the day to day implementation of the Act and the Rules and Regulations made thereunder. The RERA Act also provides for the constitution of the Real Estate Appellate Tribunal. The Real Estate Appellate Tribunal is a quasi-judicial body, which is empowered to hear appeals fromthe orders / decisions / directions of the Regulatory Authority or the Adjudicating Officer,as the case may be. It is established under section 43 of the RERA Act. The Real Estate Appellate Tribunal comprises one chairperson and two or more full-time judicial and technical members. The qualifications for the post of chairperson are a retired High Court judge while for the judicial member they are is a qualified advocate with an experience of twenty years or more. The technical member should have at least twenty years’ experience in urban development, housing and infrastructure. A bureaucrat having rank of Additional Secretary and above in the Government can also be appointed as a technical member. Therefore, a reliable structure for hearing and disposal of appeals has been provided for by the Act. The provisions for filing an appeal before the appellate tribunal have been laid down in Section 44 of the RERA, 2016.The appeal has to be filed within a period of sixty days ‘from the date on which a copy of the direction or order or decision made by the Authority or the adjudicating officer is received’. However, the appellate tribunal is empowered to entertain an appeal even if it is filed after the expiry of sixty days if it is satisfied that there was sufficient cause for not filing it within that period. Section 44 also specifies the general procedure to be followed for every appeal. It states that ‘the Appellate Tribunal may after giving the parties an opportunity of being heard, pass such orders, including interim orders, as it thinks fit.’ A copy of every order made by it has to be sent to the parties and to the Authority or the adjudicating officer, as the case may be. Section 44 also provides that the Appellate Tribunal should endeavour to dispose of the appealas expeditiously as possible but not later than sixty days from filing the appeal. Where the appeal could not be disposed of within sixty days, the Appellate Tribunal has to record its reasons in writing for not disposing of the appeal within that period.If a party seeks to adjourn the proceedings, it must provide valid reasons for doing so failing which the request will be rejected. Under Section 53 of the RERA Act, the Real Estate Appellate Tribunal has the powers to regulate its own procedure. It is not bound to adhere to the Code of Civil Procedure, 1908 or the Indian Evidence Act, 1872.The form of an appeal and the fees to be paid are to be prescribed by every state appellate tribunal itself. Therefore, the rules prescribed in this regard vary from state to state. For the Real Estate Appellate Tribunal of UP, the procedure for filing an appeal has been laid down under Rule 25 of the UPRERA Rules, which states that every appeal before the tribunal shall be accompanied by a fee of rupees one thousand in favour of the Appellate Tribunal. With respect to documents, the rule states: ‘Every appeal shall be filed as per Form ‘L’ along with the following documents: (a) An attested true copy of the order against which the appeal is filed; (b) Copies of the documents relied upon by the appellant and referred to in the appeal; (c) An index of the documents.’ Additional powers of the Appellate Tribunal under Rule 30 of the UPRERA Rules include the power to call upon such experts or consultants from the fields of economics, commerce, accountancy, real estate, competition, construction, architecture or engineering or from any other discipline as it deems necessary, to assist the Appellate Tribunal in the conduct of any inquiry or proceedings before it. Administrative powers of the Chairperson of the Appellate Tribunal have been specified under Rule 31. However they are not limited to the specific powers mentioned therein. Rule 31 clause (o) states any other powers that may be required for the efficient functioning of the Appellate Tribunal and enforcement of the provisions of the Act and these Rules. 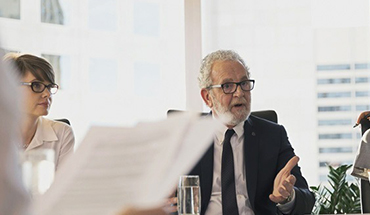 Quashing of FIR: An Analysis [HC]

Write Jurisdiction under Article 226 of the constitution.

The High Courts have original jurisdiction under Article 226 of the Constitution of India to entertain matters which concern the violation of human rights or abuse of powers by the state. This Article empowers the High courts to issue directions, orders or writs, including writs in the nature of habeas corpus, mandamus, prohibitions, quo warranto and certiorari, or any of them, for the enforcement of any of the rights conferred by Part III and for any other purpose. The writs are an important tool with which the High Courts compel the state authorities to perform a specific act or to refrain from doing of an unlawful act. The writ jurisdiction is not only vast but also extraordinary. Since it is of original nature, it can be exercised to correct errors of jurisdiction, but not to upset pure findings of the fact, which is within the domain of an appellate court only. Therefore it cannot be used as a Revision or Appeal court as the rejection of the order by the subordinate court does not give rise to the question of violation of fundamental right when the alternate remedy of appealing against the lower court’s decision is available. The Supreme Court has remarked that in proceedings under Article 226 of the Constitution of India, the High Court cannot sit as a Court of Appeal over the findings recorded by a competent administrative authority, nor reappreciate evidence for itself to correct the error of fact, that does not go to the root of jurisdiction. It has been held by the Supreme Court in Roshina T v/s Abdul Azeez K.T. &Orsthat the jurisdiction under Article 226 of the Constitution of India, 1950 is special and extraordinary; it should not be exercised casually or lightly on mere asking by the litigant.The High Court cannot allow its constitutional jurisdiction to be used for deciding disputes, for which remedies under the general law, civil or criminal are available. In the aforementioned case, the parties were private persons and the dispute was related to property rights. Even then the High Court entertained the dispute under Article 226 jurisdiction. To this, the Supreme Court remarked that the High Court in granting such relief, had virtually converted the writ petition into a civil suit and itself to a Civil Court, which was not permissible. Difference between jurisdiction under articles 32 and 226. Under Article 226, the High Courts are authorised to issue directions, orders, or writs to any person or authority, including any government to enforce fundamental rights and ‘for any other purpose’. On the other hand, the Supreme Court under Article 32 can be approached only and only for the enforcement of fundamental rights conferred by Part III of the Constitution. This clearly show that Article 226 is wider in scope than Article 32. But it is noteworthy that however wide the Article 226 jurisdiction may be, it can only be attracted in cases where there is a pre-existing right.The Supreme Court has held that the writ cannot be granted unless it is established that there is an existing legal right of the applicant, or an existing duty of the respondent. Thus, the writ does not lie to create or establish a legal right but to enforce one that stood already established. The text of Article 226 read with Article 12 makes it clear that writs and directions under Article 226 can be issued only against authorities and persons having ‘authority of the State’. however, this does not mean that the writ jurisdiction isnot merely confined to governmental institutions and statutory public bodies. The judicial interpretation of the term ‘Other Authorities’ has led to inclusion of even those institutions which are not purely statutory. The emphasis has now shifted from the form of the body to the functions performed by the body.Thus, as summarised by the Supreme Court, ‘A writ under Article 226 can lie against a “person” if it is a statutory body or performs a public function or discharges a public or statutory duty.’